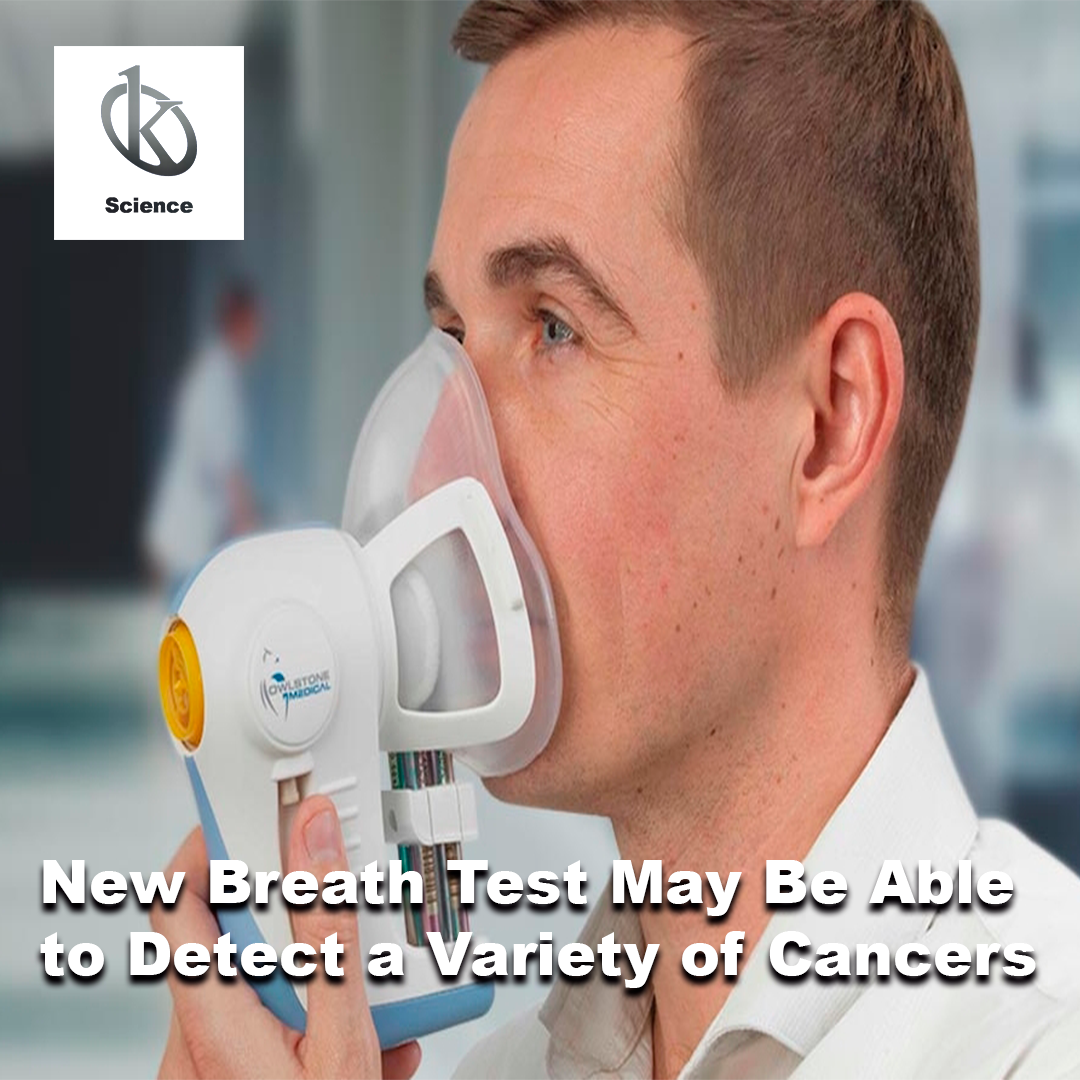 Clinical trials have begun on a new device that’s designed to pick up the different “signatures” of different cancers.

Imagine being able to detect cancer simply by breathing into a device similar to a breathalyzer.

It could become a reality, as a new clinical trial will soon evaluate this technology.

Researchers say the new device has the potential to detect multiple types of cancer.

It could offer an early detection method that would allow for earlier treatments.

Researchers from the Cancer Research UK Cambridge Centre are conducting the trial with Owlstone Medical, which developed the Breath Biopsy technology.

“The potential to detect a cancer early through a simple, noninvasive breath test is really exciting,” said Dr. Nicholas Rohs, an assistant professor of hematology and oncology in thoracic medical oncology at The Blavatnik Family – Chelsea Medical Center at Mount Sinai in New York.

“The earlier we discover a cancer, the more likely we can cure it,” he told Healthline.

He says that although the technology still has a long way to go, it could be a “powerful clinical tool” if refined.

A cancer breath test may sound like something new, but it’s been studied in the past. It’s also used to diagnose gastrointestinal conditions.

In addition, we already know that people with kidney or liver failure, for example, have changes in the scent of their breath, Rohs notes.

How the test works

Here’s how the test works.

These are odorous molecules released in our breath, which develop when cells metabolize.

When a cell’s metabolism is altered, as it does with cancer, the cells can release a different VOC pattern. The test is designed to identify patterns associated with different forms of the disease.

“The idea is to detect volatiles which may have signatures specific to different cancer types,” Dr. Rebecca Fitzgerald, the lead trial investigator at the Cancer Research UK Cambridge Centre, told Healthline.

Some evidence supports that different types of cancers have different VOC patterns.

“The metabolism of different sorts of cancer cells is different according to the mutations that perturb cells in specific ways,” Fitzgerald explained.

Hopefully, the researchers can correlate different VOC patterns to specific types of cancers, she adds.

A variety of participants

The two-year trial will draw upon samples from 1,500 people.

This will include those without cancer, which will act as a control to better analyze VOCs in people who do have cancer.

The trial will begin with people thought to have esophageal and stomach cancers and then expand to prostate, kidney, bladder, liver, and pancreatic cancers.

Participants suspected of having cancer will be referred to Addenbrooke’s Hospital in Cambridge and will be given the breath test before other diagnostic tests.

Samples from people who have a cancer diagnosis will be compared to those who don’t develop the disease.

Rohs says it makes sense that cancers of the neck, stomach, esophagus, or lung may be more accurately detected with a breath test.

Lots of what the tests pick up are organic compounds being released from the bloodstream into the lungs.

“Each type of cancer has a unique biology and can release different compounds into our body, so we need more studies to see which type of tumor may be best detected by this type of test,” he said. “Therefore, the best cancers to utilize this test will be ones that release the most unique ‘chemical fingerprint.’”

The level and type of VOCs released can vary between both healthy and sick individuals. A variety of factors can also alter them, such as diet, smoking, and other medical conditions, Rohs notes.

“Figuring out which VOCs are clinically useful and being able to minimize the other ‘background noise’ to provide us reliable results will be one of the most challenging hurdles to overcome,” he added.

Dr. Brendon Stiles, a thoracic surgeon at Weill Cornell Medicine Center in New York, agrees that the breath test wouldn’t replace other early detection methods but could be helpful as an adjunct test.

“For example, if a patient is found to have an indeterminate nodule on a lung cancer CT screening scan, the breath test may be used to help determine the actual risk that it is cancer and the need for a biopsy,” he explained to Healthline.

“The concept of providing a whole-body snapshot in a completely noninvasive way is very powerful and could reduce harm by sparing patients from more invasive tests that they don’t need,” Billy Boyle, co-founder and CEO of Owlstone Medical, said in a statement.

They need to be easy to use, affordable, and minimally invasive.

“It also has to reliably distinguish between a healthy patient and a patient with a disease,” he said.

This way, the screening test can be applied to a large population and test with accuracy.

Such a screening test must also show that it can lead to better patient outcomes.

“The challenge with developing a screening breath test is that our bodies are so complex that we release hundreds of these VOCs, that it is difficult to decide what results are meaningful to clinical care,” Rohs said.

The main challenge in developing the test, Stiles says, is that people are biologically and metabolically different from each other.

“Each of us would have our own breath signatures with or without cancer that would distinguish us from other people,” he said. “Finding a true ‘cancer signature’ within all of that biological noise is very challenging.”

Fitzgerald notes there’s promising data to suggest the test may be able to detect certain cancers better than others.

Namely, it may be able to accurately detect lung cancer.

Fitzgerald expects many people to be interested in the two-year trial.

“The technology is developed and promising, but whether or not it has the sensitivity required remains to be seen,” she said.

“While there needs to be continued testing and validation, I think that there is a real possibility that something like this will be part of healthcare in the future,” Rohs added.